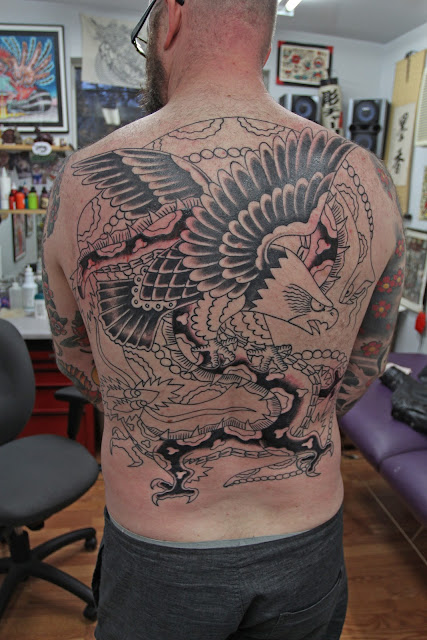 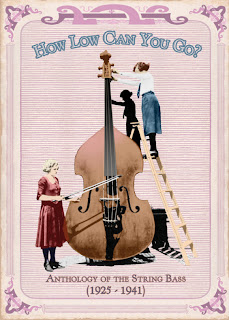 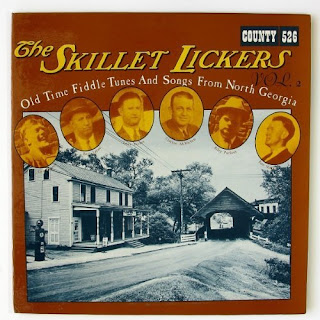 We listened to How Low Can You Go?: the definitive "bull fiddle," old-time music compilation from the greatest label on earth, Dust To Digital. Afterwards Bob threw on some string band music from my all time favorite old-time band: The Skillet Lickers. Riley Puckett's 6-string imagination and the nearly parallel, supra-psychedelic fiddle stylings of Clatyon McMitchen and Gid Tanner kept my mind off the blackness being powered into my skin...well, not really. 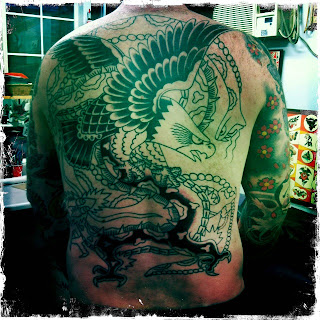 As an old-time musician, I just love hearing Bob's stories about music. The man has seen everybody from Coltrane to James Brown.  Of particular interest today however, were his visual descriptions of musical experiences. He "sees" music while most people just hear it. Listening to him describe old 78 RPM Appalachian stringband recordings as sounding like 8-pointed stars with glimmering strands of light shooting from the points, is wizard poetry that I just can't get enough of. He told a story today about seeing John Coltrane when Bob was still a teen. He was seated two feet from Coltrane's microphone. Bob described the experience as being much more than aural. He could see snakes floating out of the saxophone...then my black shading commenced.
Snakes, saxophones and a dragon emerging out of raw flesh. Posted by David Bragger at 6:29 PM

David Bragger
I am a player and instructor of old-time fiddle, banjo, mandolin and guitar. I collect strange artwork and love to photograph wonderous things from around the world. I've been very fortunate to collect tattoo art from Bob Roberts, Filip Leu, Scott Harrison, Robert Ryan, Shige, and Jeff Rassier.